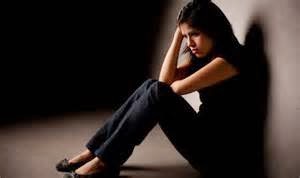 It’s a feeling of unfulfillment in the sexual act, especially when something deeper or permanent is desired or hungered for in the physical expression of love.

Such is a familiar scene.

A woman in her 40s, Georgina tries to experience love by giving herself away sexually to men. She goes to one sexual relationship after another, yet never feeling satisfied.

Lito is a gay law student. He lives in with a boyfriend, with whom he has frequent sex. Most of the time, he admits feelings of emptiness in his life despite the relationship. One day, his boyfriend abandoned him, leaving him suicidally depressed.

A married family man, Pedro, goes to the condo of his girlfriend with lots of passionate kissing. Compared to his bad mouthed wife, his girlfriend takes care of him, cooks for him, and laughs with him. Still, something constantly disturbs him within.

Tito goes from one massage parlor and spa to another, paying women for extra service. These women, with fake names to declog him of stress, seem to give him a temporary feeling of being loved or embraced as he is. He keeps coming back for he’s never full.

Such is the loneliness and emptiness of a sexual seeker who continues to search for satisfaction in a series of static encounters. Here is what’s common: in the addicted, fixed sexual pattern of behavior, what always comes out is the feeling of “futility of going nowhere.” At times, it’s conscience that bothers.

What’s wrong with the picture?

Ultimately, it’s intimacy that we long for in our relationships. Deeper waters, getting close emotionally to someone other than sex. To be able to experience genuine connection – a feeling of being unconditionally loved as you are, as a whole being.

As psychotherapist and writer Dr. Rollo May put it, “In remembering our sexual experiences, it’s the intimacy that is remembered, not the orgasm.”

But, even as best as it can be, human connection remains limited. No human intimacy can give you 100% satisfaction. We’re all created to need more than what is human in our lives.