Several months ago, a British man came to see me with his Filipina wife. There I felt the heaviest weights their hearts can endure. After being shown indisputable evidences of her affair with a younger man, the wife hurriedly walked out. Tears flowing from his eyes as a flooding river in the night, the British husband was left with me. Groans fell from his lips -- deep loneliness and trauma arrived and clinged to his chair. 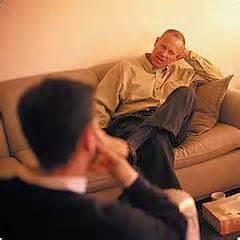 There is simply no other anguish like the consuming feelings of loneliness. Ask a long-time inmate in prison this evening ... or an OFW or migrant worker thousands of miles at sea or in some bar tonight ... or a wife who is being physically and emotionally abused by her husband ... or a father and mother whose arms ache for a child who met sudden death ... or a bitter teenager who weeps over her parents' abandonment ... or even a single-person who goes to his or her apartment alone, haunted by painful memories of betrayal and shattered romance.

Composer Peter Tchaikovsky knew. He wrote the following words in minor key:  "None but the lonely heart can feel my anguish ... " In my journey to help others heal, I've crossed paths with too many who could echo Tchaikovsky's lament. It knows neither border nor barrier ... no respecter of race, color, age, status. It refuses all bargains or logic in its deepest part. Crowds can make it worse. Even activity can drive the loneliness deeper.