A few years ago, I met 23-year-old Filipino chess grandmaster, Wesley So, during a Meralco tournament where I was a participant. I found him friendly and accomodating. I didn’t imagine his meteoric rise where he is now. 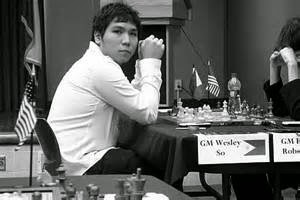 Recently, he won the 2017 US Chess Championship, accompanied by his foster mother, Lotis Key. Wesley is one of the world’s youngest grandmasters, no. 2 now in the world. He is now dubbed as the strongest contender to the World Chess Championship.

Once, I received hints of Wesley’s Story from his FB open letter to his mother. Wesley said hurtful words to his Mom, such as:

“Leny So, I was NOT HAPPY that you suddenly showed up in my life, unannounced, at the biggest tournament of the year, and that you came with Susan Leonard whom I hardly know. In the last six years I’ve only see you once a year for about a week, I hardly know you either … I am uncomfortable around you. You want me to respect you but you have never respected me. You left me when I was sixteen, telling me to become a man and find my life. Well I have found it, you just don’t like it.”

I felt sad about this for it has already gone public. Those of us, like myself, who are behind Wesley in his world chess campaign, may miss all the truths or details of the mother-son attachment injury and disconnection.

What I know is, a prodigal was not a prodigal before he becomes a prodigal. Something must have wounded Wesley’s mind and heart over the years that so traumatize him.