Therapy is a journey of the Self. Often, when there's deep psychological wounding, the Self remains fragmented. Split. Two selves - one is the damaged self lived to the present and the other is the positive self of an unlived life within. It's a difficult situation that needs adequate healing and recovery.

In between the lived life and the unlived life is a big enemy - resistance. My work with countless individuals in therapy is full of this. Resistance - whether conscious or unconscious, explicit or implicit - blocks well-being.

I'm reminded of Anton. He is a speaker guy. A gifted entrepreneur. At one time, he succeeded building a multi-million business. Then, he crashed. He overspent money on vices - booze, women, drugs. Now, even after over 5 years since he went bankrupt, he stopped using his gift.

Anton becomes disabled by his panic anxiety attacks, rage, and depression. When directly addressed by his therapist to deal with his core issues, he refuses to process them. He remains stuck, unwilling. Yet he knows many things are not ok about him.

But something inside Anton  is saying ok to what he knows very well is not ok. About his self, his life in general. There lies the location of his internal resistance. It's this underlying resistance that fuels and drives his self to think, feel, and do what he doesn't want for himself.

The "war of therapy" for a person's liberation is to break this resistance. Pound it into finer pieces, turn the ashes into something new and beautiful. Hope is basic. Faith and courage brings the resistance down. 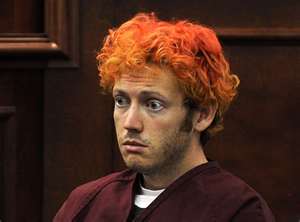