Anxiety and panic always take over Nicolas. It's been two years now. Each time, whenever he's in public with lots of people, such as in the malls, trains, or car during traffic, the more nervous he is. His heart pounds. Sweaty palms. Tingling of his extremities. Shortness of breath.

Because of this, Nicolas has difficulty concentrating to contain his anxiety panic attacks. This makes him always carry with him a bag filled with medicines and other "crutches" in case he finds himself out of control. The condition renders him disabled to work and do daily normal functions. 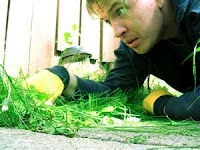 Understandably, Nicolas feels embarassed when attacked by his panic anxiety. He is ashamed that he has to be accompanied by his wife or children whenever he goes out. Dissatisfied with the effectiveness of his brain drugs, he sought psychotherapy and spiritual therapy.

Dr. Elmer and Alyce Green, who practice at Menninger Clinic, once wrote in their book "Beyond Biofeedback," that "every change in the mental emotional state, conscious or unconscious, is accompanied by an appropriate change in the physiological state."

In his therapy sessions, including exposure therapy and exercise, Nicolas' evolving self awareness and new habits caused an mental/emotional change deep inside him. And each progressive healing of his long suppressed wounded emotions, hidden even from him, caused improved physical changes.

Nicolas discovered in his psychotherapy and spiritual work strong conflicts about his parents and his marriage long unprocessed. He now realizes that his buried anger and other feelings had been built up so much that they can't be expressed except through his anxiety or panic attacks.

As a result, Nicolas' "weak links" in his physical makeup that make him susceptible to panic anxiety attacks begun to disappear. He is now able to take things easier and travel alone, one step at a time. His prognosis and progress is bright.