Master Your Brain Health Without Drugs! 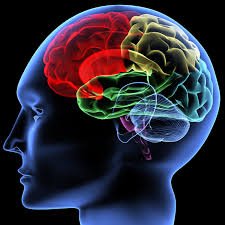 You won't find natural health nutritional supplements in the bag of most psychotherapists, psychologists, or psychiatrists. It seems, the drug-free, nutritional treatment of mental disorders are often missed.

Yet many doctors are "orthomolecular." They believe that a big part of psychological healing is to supply the brain with optimal ("ortho") doses of natural nutrients it needs.

The brain picks up essential nutrients from the bloodstream. It's done by way of "special carrier molecules" passing through its BBB (blood-brain barrier).

In a seminal paper on orrhomolecular psychiatry, Dr. Linus Pauling discovered that faulty transport of  nutrients to the brain could result in localized brain deficiences. These then, Dr. Pauling wrote, could be a cryptic cause of mental illness.

Researchers have consistently found that clinical nutritional deficiencies in the brain promote depression. Some people have genetic defects that exaggerate their need for certain nutrients for their brain and immune system.

The distinguished British psychiatrist Dr. Alec Coppen and his associate MT Abou-Saleh conceptualized "a nutritional deficiency model for the psychoses." They suggest that disturbed, stressed out people deplete themselves of adaptive neurochemicals and nutrients. These deficiencies "provoke, predispose, and promote" or aggravate psychopathology.

Natural brain nutrition is essential for our mental health. Healthy foods and supplements protect us from nutritional deficiencies, even hidden deficiencies, in our brain. They have a positive effect on the serotonin and dopamine levels needed by the brain.

Serotonin used in the brain is known to affect mood and social behaviors. It also moderates appetite and digestion, sleep, memory, and sexual desire/function.

Dopamine, on the other hand, functions as a neurotransmitter (a chemical released by nerve cells or neurons to send signals to other nerve cells). Dopamine affects way we perceive pleasure/rewards.

Mental disorders, such as clinical depression, addictions, or personality maladjustments, partly stem from a relative deficit in serotonin and/or dopamine levels.

It's interesting to note that, in two studies in the American Journal of Psychiatry, it's found that the highest suicide rates are found among those with the lowest protein levels. Proteins are building blocks of brain neurotransmitters.

Natural brain supplements are especially helpful. They are known to have a positive effect on serotonin, dopamine, and protein levels of the brain.

I often recommend Transfer Factor Plus and Brain Recall brain natural immune system supplements, which balance serotonin and dopamine levels as well as increase blood flow in the brain. Countless people around the world report how these supplements strengthen their focus, impulse control and overall immune system.

Nowadays, our common diet is filled with fast-food meals and harmful ingredients. This modern-day food "norm" has a negative, even a toxic effect, not only on our physical health but also on the brain and our overall mental health.


Master Your Brain Health With Natural TF, Not Drugs! 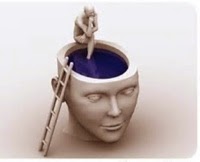