Depression Among Our Youth

The other day, I was at the Diliman campus of the University of the Philippines to serve as consulting psychotherapist to university students for their Mental Health Campus project. Everyone who came to my consulting room was going through serious depression. It's an emotional illness to which many of our brightest students in the university have become subject to.

Just being depressed does not mean something is wrong with your IQ or intelligence. These UP students I talked to were scholars who are highly gifted intellectually. Perhaps the fact that each of them has to live with UP's highest standard of academics and be subject to perpetual pressure in their studies is enough to depress them!

Depression is universal. Webster's dictionary defines it as "the state of being depressed ... dejection, as of mind ... a lowering of vitality of functional activity ... an abnormal state of inactivity and unpleasant emotion." To my knowledge, no one is exempted from this universal experience of human life, to a greater or lesser extent, including the youth. 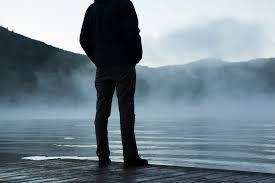 In the Philippines, almost 50% of the total suicide cases recorded since 2010 are from the youth. The report based on a bill filed in the Philippine Senate showed that 30% of those who committed suicide are young adults aged 20 to 35 years old. The remaining 16% or more are teens aged 10 to 19 years old.

According to the World Health Organization (WHO), an estimated 300 million people globally were experiencing depression as of 2015. It's the single largest contributor to global disability and major contributor to suicides. Suicide is the leading cause of death among those aged 15 to 29 years old globally.

We need to protect our youth. They're our hope of tomorrow. Happy are we who can face the weakness of depression among our young people, and diagnose its roots. That is half the battle. For once we fully understand the roots of their depression, all we have to do is help them remove those roots and get the right cure. 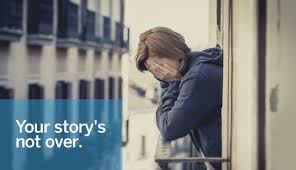 Let's reason our youth way out of their depression!

As Dr. Aaron Beck, founder of Cognitive Therapy, put it: "If you could reason with depressives persistently enough - or, better yet, get them to reason that way with themselves - you may be able to free them from the stranglehold of their negative thinking - and from depression itself."
Email Post
Labels: addiction therapy and counseling Manila depression therapy counseling parent child therapy counseling Manila Psychotherapist psychologist Manila Youth depression