This week, we have All Souls Day again. Culture reminds us once more the reality of death in our human existence. It also directs us to remember those that passed on – family members, friends, and others who profoundly influenced our lives. 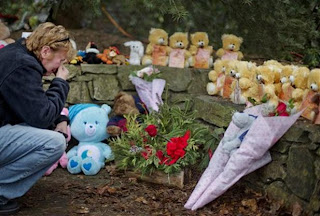 As a young boy in grade school, I first attended funeral when my paternal grandmother died. I don’t remember anyone, including my parents, spelling out death to me in a frightening or philosophical way. I recall just playing around during the funeral, seemingly unaffected.

Then one day, while passing by my grandmother’s house that lay alongside a Main Street, I suddenly cried. My grief over my grandmother’s death broke out of mental/emotional denial or unawareness. I’m thankful that my personal distress had awakened me to something I needed to see.

In our society, it’s a common sight for people to talk about those who died and not feel anxious by the thought that death will happen to us as well. We recover from grief. And then, we move on with our everyday lives not minding the need to prepare for such inevitable existential reality.

But, at some point in our lives, all of us will be faced by this reality of certain physical death. It may be in deep, powerful ways that it affects the way we think, feel, and behave towards a lot of things. It’s a time of faith. A time of being compelled to ponder our own mortality.

Death anxiety. William James, American philosopher, eloquently referred to fear of death as “the worm at the core" of human existence. Psychologists tell us that we are often unaware of the effects of death anxiety to our mental, emotional, physical, and spiritual health.

When left inadequately managed, death anxiety can magnify our fears, obsessions,  social anxieties, and other psychological imbalances. It can amplify our disdain of people who neglect us or don’t share our values.

In my exposure Therapy session with Roger, we tried to cure his recurring panic anxiety attacks. His common triggers were  traffic while inside his chauffeured car, train stations, and foot bridges. When we first started scheduling our sessions in those normal places, he completely went haywire in protest and rage.

It’s interesting that a common theme flowing through Roger’s thread of thoughts and safety behaviors while looking at those normal places is fear of and anticipation of his own death. I can’t help thinking then if his recurring panic anxiety attacks, accompanied by high temper, are a reflection of his own desperate attempts to manage death anxiety.

Having reached an age when I too am inescapably visited by thoughts of mortality, I wrote this reflection with great soul-searching. Am I living with true purpose given the limitedness of time remaining? If I die tonight or sometime, can I be sure where I’m going? What legacy am I leaving to make the world a better place?