Are You a Master or Slave of Sex? 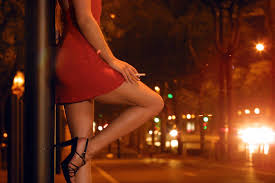 It's part of God's natural gift to human nature. Within the context of marriage, sex is good. It's designed as an integral part of true love and commitment of two people in life union.

Yet, sex can turn bad.

Recently, Hollywood's Harvey Weinstein, an award-winning movie producer, was exposed of his sex addiction. Tens of movie celebrities, such as Angelina Jolie, Gwendolyn Paltrow, Ashley Judd, among many, came out into the open to report his raping or sexually harassing them in the past. It has become a full blown scandal that ended Harvey's respected status and career in Hollywood.

I'm reminded of Bong, a patient who consulted me about his out-of-control sex drive. He engaged in sex with his live-in girlfriend. He also had sex with strangers or pay prostitutes for it. Bong said in session, "Sex to me is like food. It's a basic need. I can't understand why I feel bad about it." His girlfriend found out and broke up with him.

What makes a person a slave to sex appetite instead of its master? There could be a variety of reasons. There's space here for me to mention 3 possible reasons:  bondage to world's view, bondage to self, and bondage to ungodly mentality.

Bondage to world's view. The world does not know about true love. Love is unprotected by widespread loose sex, pornography, sexual perversion, prostitution etc we see in our media and culture. To master good sex is to cut free from this bondage and live differently away from damaging worldly influences.

Bondage to self. The wounded self deprived of real love in the past or present can be vulnerable to addiction to unquenchable, out-of-control sex appetite. Mastering good, healthy sex demands healing of this primal psychological wound that caused severe narcissism. To be cut free from inappropriate pleasing of self and self-seeking attitudes.

Bondage to ungodly mentality. Sexual immorality is bondage to unspiritual, materialistic, robot mentality. One who feasts on pictures, films, and thoughts that feed moral weakness is a robot, not a master of sex, much less of himself.

At times, as a psychotherapist and human myself, I too am challenged to master the lure of bad sex. Professionally and personally. That always involves constant renewing of the mind (Romans 12:2). Free from the imprisonment of  imagination so the self can be free to make good, healthy choices.
Email Post
Labels: marital and family therapy counseling manila pornography and sexual addiction counseling Manila Psychotherapist psychologist Manila psychotherapy counseling Manila sex therapy Manila