Those words are one of the most difficult things to say for most people. Whoever we are. Whatever our situations or circumstances. 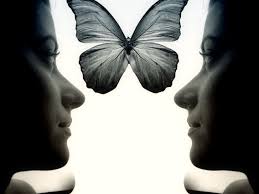 Perhaps this is the tragedy of fraternity student members of Aegis Juris at the University of Santo Tomas. These frat officers and members were caught in a major hazing scandal that led to the death of a neophyte.

Based on latest news, these young men, along with their "big brothers" and lawyers, have become so vehement in their defense. Despite obvious evidences, they insisted that the hazing did not take place or they were not involved if there was one.

The need to "cover up" the crime and wrongdoing so offended the senators who were hearing the case. This led to the imprisonment of its frat leader as well as the victim family's call to disbar the lawyers assisting the cover up.

What was the main crime?

I think it's not so much the initial mistake or wrongdoing done as it was their insistence on their own innocence. I believe this case is a poignant illustration of the disastrous results of being unable to say, "I was wrong."

I'm reminded of one of my patients, Charle. One of the clearest indicators of his psychological and emotional illness is inability to admit and deal with self-destructive behaviors. He specializes in self-justifying and self-excusing.

When I asked the father, who used to abuse Charle physically and verbally since childhood, to join in family session, the request was turned down. He said his son was to be completely blamed for his condition.

Medically speaking, if a person has a wound, he has to admit the wound. Then, allow a doctor to open it up and remove all foreign articles so he can heal. Once the infected area is cleansed and treated, tissues can be new again via healing elements.

Such concept is at work as well in psychological, emotional, and spiritual healing. Shameful acts, wrong attitudes, dysfunctional behaviors need to be admitted as they are. Taking responsibility for them starts a person's healing of his mind, emotions, and spirit.