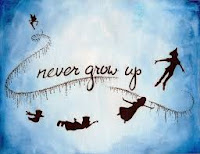 His name was Peter. Age 25. He talked a lot. In session, he liked to monologue. Joke away.

But he's not really saying much that matters. His feelings were often exaggerated, easily provoked, even silly.

When asked what he'd do now after having graduated from college, he paused a little.

Then, he said he'd go back to college and take another bachelor's degree.

Totally unrelated to the first one he took, he said in jest of his next college course, "I'd like to make a difference in the world by studying the oceans and underneath them!"

My years of counseling teenagers, university students, young adults, middle-aged or senior men, and couples revealed to me a widespread psychological affliction in our society.

It's a syndrome in our society that's causing a lot of problems in all walks of life.

You remember the happy-go-lucky character of Disney's Peter Pan, right? That's where the psychological syndrome was named after.

Peter Pan symbolizes everlasting fun and youthfulness. He rejects all things Adult. He avoids growing up vehemently. He wants to remain a boy forever.

Unknown to many of my patients (including their parents, spouses, or friends who care for them) is a chilling reality. They are unwittingly following in the footsteps of Peter Pan.

We have a mental health problem of a man-child caught between the adult man he doesn't want to become and the child or boy he could no longer be.

As Peter Pan himself said in the play, "No one is going to catch me, lady, and make me a man. I want always to be a little boy and to have fun." 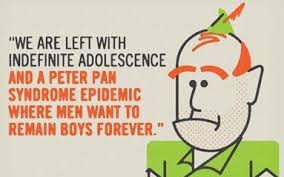 Forgive me for hyping a psychological claw to unearth this often hidden Disorder. Reversing the process of this syndrome is crucial to the stability of our families and society.

It's never too late for an adult man to grow up and for his loved ones to offer aid to make that happen.
Email Post
Labels: counseling psychotherapy Manila etherapy skype counseling OFWs marital and family therapy counseling manila parent child counseling therapy for Filipinos