Awhile ago, I read of Major F.J. Harold Kushner in New York Magazine. He was an American marine held by the Viet Cong for 5 1/2 years. Something happened to him:

"Among the prisoners in Kushner's POW camp was a tough young marine, 24 years old, who had already survived two years of prison-camp life in relatively good health. Part of the reason for this was that the camp commander had promised to release the man if he cooperated. Since this had been done before with others, the marine turned into a model POW and the leader of the camp's thought-reform group. As time passed, he gradually realized that his captors had lied to him. When the full realization of this took hold, he became a zombie. He refused to do all work, rejected all offers of food and encouragement, and simply lay on his cot sucking his thumb. In a matter of weeks, he was dead."

Famous author Philip Yancey says, "Kushner's experience is a tragic, negative example of the need for some hope to live for." 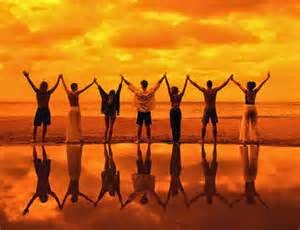 Can that happen to any one of us? Sure. I've seen this countless times in my therapy sessions. A loss of hope sickens the mind, heart, body, and soul.

As Dr. Carl Jung put it, "Neurosis is always a substitute for legitimate suffering."

But mind you, the loss of hope is gradual. Never overnight. It's often imperceptible that you're not conscious that it's already happening to you. If you were, you'd stop the deadly disease.

The disease of hopelessness is like erosion. Silent. Never hurrying up. Slow but constant.

But the good news is, this disease is not terminal. It can be operated on, cured.

I have thought about this always. If you recall my previous sharings - both personally and professionally - a lot in this life would steal or take away our hope to move forward.

Hope and health are inseparably interconnected.

The medicine of hope is determination that refuses to quit when we encounter the pain that losses and sufferings bring into our lives. It must be worked though or else it remains a barrier to our health.

In the bestseller book, "The Road Less Traveled," the author insightfully teaches us:

" ... it is in the whole process of meeting and solving problems that life has its meaning. Problems are the cutting edge that distinguishes between success and failure. Problems call forth our courage and our wisdom; indeed they create our courage and wisdom. It is only because of problems that we grow mentally and spiritually ... this tendency to avoid problems and the emotional suffering inherent in them is the primary basis of all human mental illness."