Addiction is Not a Mystery

Addiction, in whatever form, is not an accident. It isn't an unfathomable puzzle.

It can be understood, unpacked.

He is so lonely. Wounded emotionally. We can only empathize with the pain he went through.

Clearly, you can be susceptible to addictions if you lack the staples of living.

You can be most readily addicted to your drug-of-choice when you lack belief in your personal value. When you lack social supports of family and friends. When you lack options for meaningful work or fun.

Nonetheless, despite the maladaptation to life through addictions, there is hope.

I've observed that if you've personal needs that are not met in a certain environment, you may become an addict to something or someone to satisfy those needs.

However, you need to realize too that other people, even in the most deprived situations, don't become addicts.

Where lies the difference? 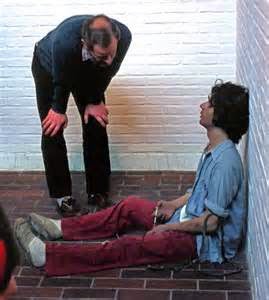 I knew of an alcoholic and womanizing patient who continued his addictions while undergoing psychotherapy.

As he became drunk in his favorite bar one day, he saw his aging uncle whom he respected a lot passing by.

His uncle was staring at him disapprovingly.

This patient's uncle became his mirror of what he has become. And he didn't like what he saw.

He quitted his addictions because he appeared before the eyes of a person whose opinion he valued a lot.

That means, he finally realized how much he couldn't tolerate any more the disrespect he's giving himself.

There lies the hope, the difference.

Clarify what you value. Keep your positive reasons for life change at the forefront.

Knowing what's truly important to you can tilt the balance permanently in that direction.