Alcoholism is a degenerative addiction. Alcoholics have chemically-addicted bodies that crave alcohol.

What led them to it? 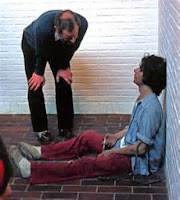 I remember one patient, William (not his real name, of course), sent to me by his main clan elders for therapy and alcoholism rehabilitation. They said he'd become too unmanageable.

He ignores his wife to be with his drinking buddies. He frequently hangs over from the residual effects of his chosen drug. Even with the slightest provocation, he'd cuss and kick his wife in anger, often when drunk.

When the idea of therapy and counseling was brought up to him, he got mad. He claimed he does not have a problem. He protested if everybody would just mind his own business.

Over time, he was able to open up during sessions details surrounding his uncontrollable drinking. I learned that their whole clan has generations of alcoholics. Drinking is part of their family system of having a good time, doing business, and creating comradeship/closeness.

Sometimes I wonder about William and which is stronger to him: his alcoholism or psychological dependency on the "wrong crowd" present within his family clan?

When William was forcibly required to do abstinence by his elders, he suffered withdrawals due to loneliness for the comradeship he developed with his drinking cousins and buddies in the clan.

He was close to them because he harbored secret vices and activities with them. William confessed that with the rehabilitation program imposed on him, he missed the "pleasures" he had with them.

So it got clearer. William was both physically addicted to alcohol and mentally and socially dependent on the "wrong crowd" of his clan.

Is it possible then that William is more "addicted" to his clan's "wrong crowd" than to the chemical he is using?