How to Lose Your Perception of Illusion

It's important for us to lose. Face inevitable failures. That's because constant wins seldom produce depth and strength of character.

Illusion is a frequent product of regular winning. Arrogance is common fruit.

I once sat with a patient, Mark, who lost his multimillion business to huge debts and vices. Being an only son of wealthy parents, he mis-spent his money on booze, women, and gambling with a pretense of continuous victory.

Bankruptcy, marital and health woes, sifted all through Mark's sense of confidence in himself. After many years of comfort and overindulgences, he now saw his life bleak. He found himself alone in despair.

In one of our termination sessions, Mark remarked, "I was lost. Now I see. I'm changing to the better." He became a different man. Lost his arrogance, his illusion of  invulnerability. His losing helped Mark see himself as he really is.

That's how so important standing is in the face of failure! Standing allows you to lose your habitual illusions that tend to sugarcoat or evade reality. Able to lose and to keep standing after the loss is such a critical adjustment for you to receive future wins.

As Dr. Calvin Miller, author of "Becoming: Your Self in the Making," wrote, standing is so important because " it's your salvation as a 'sometimes loser,' but remember, a good loser is not an 'every time' loser.' "

Like most who see me in therapy, I myself had my own share of wounds and losses in life. Such darkness was often beyond my analysis. Yet without being washed with those tears of failure, I don't think I'd make a good counselor with eyes that see clearer.

Yes, there is purpose behind your pain of losing. An important part of it is shedding illusion (nonreality) to keep your self-view adequate to keep going ... and finally winning always. 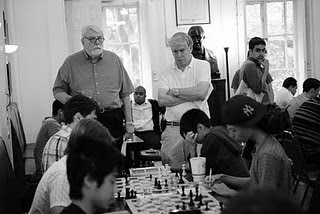