Andy, 15 years old, experienced a number of family situations that made him feel unproductive, failing, or not good enough.

First, he received a lower average grade in school instead of his usual.

Second, he showed his Dad the medals he won from a chess tilt. But his Dad got mad, threw away his  chess set.

Third, he came home once to tell Mom about a concern he has about his friends. But he found a note that Mom would not be home due to a trip.

Andy became rageful. He stormed around the house. He felt worthless and humiliated. His need for attention and affirmation for his "products" was unmet.

In the session, Andy was always in tears. The anger and lack of nurturance plunged him into feeling of worthlessness. He said that since childhood the "deficits" he experienced at home were a recurring painful pattern.

For therapists, the healing of wounded emotions and identity of ones like Andy's cannot be completed in one session. It's a process. Not a single event. 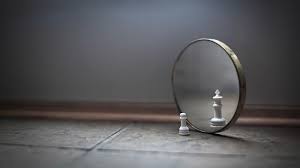