Jeff is unemployed. He has bills to meet. Two teenagers and one child to feed. And his wife waits anxiously for some response from job applications.

Weeks roll into months. Months roll into years. The clouds get darker as time passes.

The social stigma is also evident. His relatives and friends often withdraw, or don't know how to react. As if he's less than a real person.

Jeff used to be a confident, self assured man. But all that is stripped away ... by the horrors of unwanted lack of employment.

Understandably, Jeff feels devastated. His self esteem crashes. He feels worthless to himself, his wife and children, his friends, and society.

In my country and in many other places, the trauma of unemployment is a distressing personal malady. It's known to invade and wound a lot of people.

No totally satisfying cure has been found yet by politicians, businessmen, or doctors. The numbers of sufferers keep increasing in our era.

As one of the suffering unemployed several times before, I've found that what we look for in this trauma or crisis are these 3 major keys: wisdom, patience, and faith.

When you're down in the depths of despair, you're put to the test. In those 3 major keys and areas. Make sure they're well covered in your surviving and thriving.

As a Christian myself, I realize that I could not depend on man for solutions. Only God can be my ultimate solution, my ultimate mental, emotional, and spiritual anchor in trying times.

I know how it works. And able to say, "I know whom I have believed and am persuaded that he is able to keep that which I have committed ..."

That is a far more lasting and real therapy to unemployment. It yields practical results as well beyond what you can imagine. 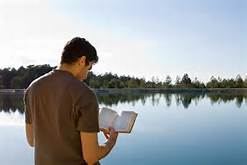