Do You Avoid Problems?

In life and relationships, we have a lot of "avoiders." Most likely, more than "facers."

Matthew struggles with this impulse with his wife Dana. He's used to ignore problems Dana would bring up for them to handle: their time together, mother-in-law conflict, finances etc.

So Dana's frustrations accumulate each day. The problems avoided just don't go away. Because they need to be handled.

As a result, Dana chose to separate from him. And Matthew felt hurt and depressed.

With the situation turning worse, the problems would now have to be faced in marital and individual therapy. 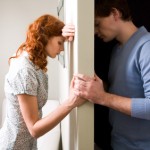 Indeed, life has a way of becoming more painful if problems are avoided and allowed to pile up day after day. We ask for emotional wounds if we believe problems go away when we avoid them.

"Fearing the pain involved, almost all of us, to a greater or lesser degree, attempt to avoid problems. We procrastinate, hoping that they will go away. We ignore them, forget them, pretend they do not exist ... We attempt to get out of them rather than suffer through them. This tendency to avoid problems and the emotional suffering inherent in them is the primary basis of all human mental illness."

I myself struggled with this impulse of "rescuing" my youngest daughter, Angel, from problems. I wished she'd go through life without a need to cry, frown, or get sad.

I realized that's an impossible wish. Barring certain severe situations beyond her ability, Angel needs to learn to be responsible for facing her own problems.

So I stucked it out. Got out of the way. I faced my impulse, confronted my pain, and allowed Angel to face hers as she grows up through her teenage years to adulthood.

The principle is as simple as that.