The #1 Struggle People Have 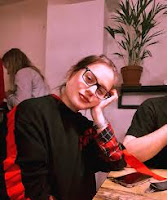 A few nights ago, I was watching one of Dr. Chuck Swindoll's public speeches on YouTube.

I liked the the question and theme of his talk: "What is the #1 struggle of people today?"

In my brain, I had several guesses before Dr. Swindoll announced it. Money? Sex? Power? Marriage? Family?

Dr. Swindoll pointed to this: WORRY - our #1 struggle.

Agree. Whatever the life issue or breakdown, too much worrying is so common. A frequent resultant pattern in most people's reactions.

When you're hiking along a cliff, for instance, she says your brain may tell you "I might fall" and you picture yourself falling. She says it's a helpful thought because you realize you need to be careful in your walks.

However, "when your anxiety is high," Dr. LeJeune continues, "you'll experience that image not as 'I might fall' but as 'I will fall' "

This shows that, with heightened anxiety, you're less able to discriminate between the thought of "might happen" and reality.

I'm reminded of a patient, Edward, whom I once invited to the MRT city train station. It's part of his anxiety panic "exposure therapy."

Edward retreated. Ran away from the exercise. He had experience being mugged and held up in the MRT many years ago. In his mind, he said it will happen again.

Psychologically, it's called "cognitive fusion." A thought becomes fused with what it refers to. The fused thought is experienced as reality ... outright an inevitability.