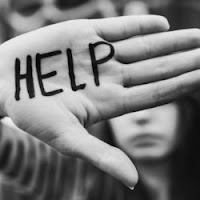 In a community group session that I was conducting in QC many years ago, one of the teenage girls attending suddenly dropped to the floor. Trembling. Convulsing. Crying.

I observed she's very conversational prior to this. I had not known then how she got to a strange point in front of others in the group.

Members of the group pulled her away and brought her home. I was with them. Talking to the teenager. Pacifying and listening to her.

In her home was her mother lying half-naked on the sofa. She just stared at us when we arrived. The father was nowhere to be found. And the other children in the house just appeared unfazed.

Here's a sad story of a family afflicted with untreated mental disorders. The way it looked, the teenage girl and her family members have been suffering severely for so long.

The new law is traditional, a medicalized bill. With such bill, the poor are now given access to mental health care, which is comprised of psychiatric consultation, drug treatment or even perhaps lobotomy.

In days when I was doing practicum and doing visits in the mental hospital, I witnessed horror. Patients slipped into catatonia or Jekyll-and-Hyde monsters after prolonged drug treatments.

I'm reminded of the popular movie "One Flew Over the Cuckoo's Nest" in 1975, starring Jack Nicholson. That's the picture of psychiatric and mental health hospital care.

In the US, Dr. Peter Breggin, called the "Conscience of Psychiatry" and other mental health advocates warned of the dangers of psychiatric drug medication and treatment globally (https://breggin.com) (www.psychintegrity.org).

I wonder about that teenage girl and her family as well as multitudes of others in need of mental health treatment in the country.

Does RA 11036 carry the proper and right treatment for them? Or, the unamended law and its treatment will become part of the problem?