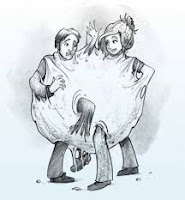 When a woman is routinely abused and coerced but nonetheless refuses to protect herself or leave the relationship, is it something you can call love?

Clinical psychological research and media news are full of documented cases of wife or woman batterings in intimate alliances.

Extreme are cases in which men have killed women. These women chose to stay on despite atrocities or severe hardships.

Nida was an executive and single Mom of two daughters. She seemed deeply depressed even before she met Norberto.

She was unhappy with her failed relationship with her husband whom she's separated as well as her own parents. She hardly had friends.

After a series of sexual encounters and live-in with Norberto, Nida was forced by him to leave her job.

Along with it, Norberto dictated on her to sell her properties and use her money to support him and his five children from two other women he had in the past.

One time, Nida cut herself. Attempted suicide. Fortunately, she had relatives near their house. It happened after the usual verbal and physical beatings of Norberto.

In a visit by two of Norberto's older children after the incident, Nida told them of her satisfaction and love for their  father.

Is that true love?

From the vantage point of addictionology experts, Nida's relationship with Norberto fulfills the criteria for addiction, not true love.

Nida had given up all outside relationships, her work, and any sense of personal dignity, normality or decency in order to continue her addiction to Norberto.

Nida accepted and identified with Norberto. His domination. His narcissistic claims about himself.

And she felt her relationship with him gives her own life value.

Yes, there is a difference between love and addiction. Between true love and fake love.