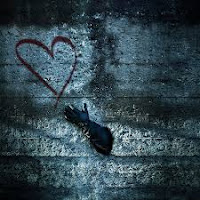 Forgiving people is healthy. Life-giving. Not only for your mental, emotional, or spiritual health. But also physical health.

Science shows that our physical bodies can be ravaged by negative emotions. Cancer and other deadly diseases as well as depression-levels are high among non-forgivers.

I know a 45-year-old man who's full of bitterness, anger, and unforgiveness in his heart. Over the years, he poisons his body with negative emotions.

It's a forgiver's project, not the trespasser's. Forgiveness is for you, not for the other person.

I often hear people mean, "I'll forgive you if you change or ask forgiveness." That's not how true forgiveness works to heal.

Forgiveness is unconditional. It says, "I forgive the person who wronged me regardless of whether or not the person repents."

This doesn't mean you sanction or condone the abusive behavior done. True forgiveness recognizes the reality of wrong done.

People who truly forgive people heal. They set themselves free.

However, at the same time, they don't assume that their forgiveness has necessarily influenced or made the other person repentant of the wrongs made.

In fact, many forgivers rightfully choose not to reconcile. They create significant boundaries between them and the unrepentant persons who hurt them.

"Human nature is fallen, and people are capable of sadism, abuse, and grotesque behaviors that will again hurt us ... We forgive, but we do not pretend that the people we have forgiven have been touched ... or that reconciliation is possible. Even though we forgive in this life, we might have to wait for the next life to enjoy full community with those who have harmed us."