Engraved on the front of a building are these words: "Ye shall know the truth and the truth shall set you free."

People who pass by that place look at those words many times. In fact, they originated from the Scriptures.

But we can't be sure if people who read them really believed they're true.

It's a brave, disciplined effort to face one's self-lies. And how truths can equip one to fight them.

Doctors repeatedly tell him the truth that his overeating will ruin his health and make him unhappy.

Yet he kept eating too much even though it makes him miserable. He knew he had a problem he needed to change. But ... did nothing to change it.

He's unable to be free to be his best self because he did not apply truth in his situation.

He hanged on to ways of acting and thinking even though they're self-destructive.

Dr. Chris Thurman of Minirth-Meier Clinics explained about "tapes we have in our heads."

He wrote, "These tapes are ones that continually play either truth or lies that affect every action and thought. When your program is faulty because of the lies in it, the daily 'data' it analyzes will trigger the wrong responses."

I help them get rid of their self-lies in their "tapes." And ... replace them with the truth.

But I also remind them that they need to commit themselves to "practicing truth."

There it is ... the way to experience freedom to be your real self. 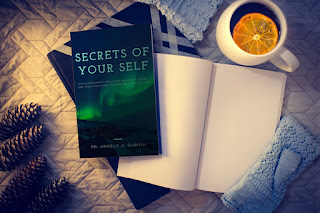