On the outside, Manny's childhood was rich. He seemed to have everything. Wealthy parents. Status. Intelligence. Good looks. First-born. All he needs and wants, he gets.

But actually, most of his childhood was hell.

He added with a sigh, "My Dad, who's a noted doctor, was aloof and unaffectionate. God, I was so lonely!"

Manny and his brother never had family times and fun with Mom and Dad. They almost wouldn't talk during meals or travels all their years. They're more like dorm mates.

"My parents just provided. I wish they had the humanity to hug me, touch me, talk to me, be loving. But no, they're both cold, aristocratic, aloof and smart at anything," he lamented.

When I asked further about his emotions, Manny felt he might as well have been a zombie. 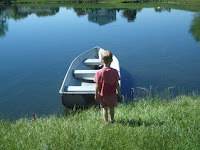 After sharing about his feelings and thoughts on his childhood, Manny was left with no doubts how, where, and why he became a Zombie himself!

Manny's healing started when he fully understood the nature and dynamic of how he was programmed to be a Zombie like his parents.

Something interesting happened in my sessions with Manny thereafter. At some point.

As he experienced emotionally (not merely informationally) how he adopted his parents' ways, he smiled a lot.

Manny also learned there is no more emotional need to cling to his false Zombie exterior. It's not really him any more than it is his parents' as he saw where they came from.