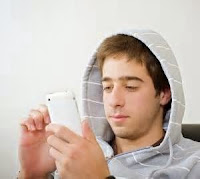 Just awhile ago, a distressed mother texted me.

It's about her 17-year-old son whom she brought to see me for therapy.

She said that her son, a former honor student, has withdrawn from school.

It's based on a recent study published by the American Medical Association.

It investigated the link between digital addiction and the mental health of thousands of teenagers.

Teenagers who are heavily addicted to digital devices are more likely to become prone to psychiatric problems, according to the study.

Among symptoms identified are brain ADHD or patterns of severe inattention, hyperactive behavior, and impulsiveness that interferes with functioning or development.