The poet Ogden Nash once wrote, "The trouble with a kitten is that eventually it becomes a cat."

In many ways, we could say the same thing about our children.

When my daughter Angel was 3 up, she was cute, cuddly, soft and small.

Now that she's older and bigger, I still love her just as much.

But she's become so independent. And ... isn't quite as small or cuddly anymore!

I could say somewhat the same thing about her brother Paul and sister Christine, who are now young adults.

A few days ago, I was in session with a Mom (along with her husband) who's still calling her son "babe."

Her son is almost 25, still dependent on her in all basic things.

It's obvious that as we parent our children, we're called to develop as adults as well.

This means, we need to be aware of appropriate developmental paths as time slips by.

My fathering my 3-year-old Angel, for instance, has to be far different from my fathering her in her teenage years. 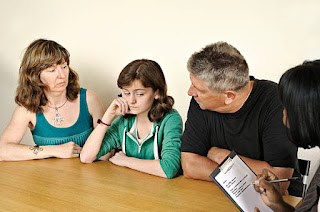 I admit it's tough for me to be a father of a teenager. And it is not easier for my daughter Angel.

At this point, she may literally be "not all there."

Yet she needs my love and support to grow in certain areas, such as impulse control, judgment, and ability to face consequences.

This is "age-appropriate" parenting. For our kids' mental health and overall wellness.

To do that, we parents need to be relatively functioning adults, while we've the opportunity.