From childhood till college, Roberto had an absentee and nonproviding father. His father  disappeared when he and his sister were still too young to remember.

He heard stories of his father's multiple women and other children out of wedlock. As well as his addiction to alcohol and drugs.

Roberto's Mom worked to provide for their needs and education. Fortunately, his Mom's relatives put them in a home where they're taken cared of.

Nearly prior to college, his father suddenly re-appeared to Roberto and his sister. He offered financial help (so little though it was). They accepted.

But over time, Roberto discovered his father's true colors.

He had become unbearably mean, demanding, and verbally abusive to him, his sister, and their Mom.

Roberto's father evidenced lack of remorse. Over his past abandonment of them and other abuses.

"I can't stand my father and my relationship with him," cried Roberto. 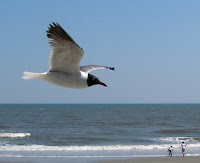 Certainly, Roberto is not alone. We have many others whose parents' self-centeredness blinded them to their children's developmental needs.

That same self-centeredness may continue to keep these parents from recognizing their own dysfunction as well as the children's feelings about the relationship.

What can Roberto do given the present situation with his dysfunctional father?

He "breaks up" with him. That doesn't necessarily require completely cutting him off.

Roberto can't undo how his father treated him, his sister, and his Mom in the past.

But he can change the relationship he has with him from here on.

He has to remember this: he is not in charge of or responsible over his father's emotions, abuses, and consequences.

Whether his father chooses to change or not, Roberto is free to do what gives him life in the situation.

He (as well as his sister, Mom etc) doesn't need anger to establish boundaries with his father.

Just principle, patience, and persistence. Even grace. And saving truths.

Enough healthy boundaries and hopefully Roberto's father may get the message.