He emerges from years of catatonic state after being administered an experimental drug.


In one scene, the hospital staff got alarmed about him. They noticed that the more he awakens, the more he wants to be, do, and see.

The hospital director confronts De Niro, "Are you aware of how much unconscious hostility you are exhibiting?"

De Niro answers gently, "If it's unconscious, how could I possibly be aware of it?"

We all have potential or power to create personal awakenings.

To begin anew psychologically, emotionally, relationally, or spiritually at any given time. 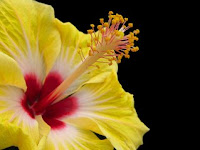 Celine, 29, was bored. She fantasized, played games, drank. She felt her marriage has become stale and smothering. She escaped through affairs.

In her therapy, she came to know how much she's fallen for a delusion. Yet she couldn't find a breakthrough to change.

Her guilt made her operate from less than her best self. This caused her to be disoriented and not at peace with her self.

When she spaced out after a night with another man, something happened.

She saw images of her abusive father, and her own husband and kids waiting at home for her, in her mind.

It became a "wake-up" call for Celine.

As if there was a secret "code" that was released within her. It engineered moments of clarity for her.


Even a small increase in self awareness goes a long way towards awakening from our disguises.