Looking at Your Loss

“The best and most beautiful things in the world cannot be seen or even touched. They must be felt with the heart.”
— Helen Keller

Loss is painful. It’s natural to grieve. To desire to avoid or minimize it.

In times of loss and grief, you can be driven by it to feel, think, and behave in certain ways. On an existential level, your reactions may confuse you about purpose. 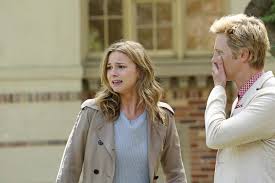 Like it or not, it’s impossible not to experience losses. Emotional loss is inherent in all that we deny, ignore, fear, fight, or protest.

Hilda, for example, was clear that she has a problem. She wanted love and romance, but she couldn’t find an appropriate partner.

In her loneliness, she fell for her boss who was a married man. And therefore, unavailable and inappropriate. She pursued him and had sex with him.

She said during session, “I believe he’ll leave his wife and marry me.” Fixated on her fantasy or emotions, it was a method she chose to her madness.

When his wife found out, she began to hide. And her boss broke up their affair. She felt spaced out, suicidal, and depressed.

It’s understandable that Hilda, like many of us, fears being alone and lonely. She wants a solution.

But, in attempting to solve the problem, she found her self “counterfactualizing.” We wonder then how it is that Linda does things that only increase her losses.

Looking back, Hilda realizes she wasn’t thinking clearly or realistically. She finds out that a secret of her self gave the unconscious solution that later shocked and mystified her.

Self sabotaging behaviors spring from misguided loss-perception. To avoid losses, we consciously and unconsciously attempt to solve dilemmas we go through.

When you feel stuck, unhappy, or confused, explore your self by asking: “ What emotional losses am I trying to avoid, deny, or ignore in this situation?” “Is there a wall between me and my heart?”