Are You Ready for Freedom? 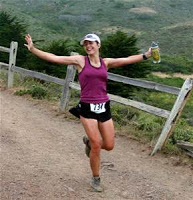 There’s something about it that creates an inner void.

I got all too familiar with this pattern when I got my first corporate 8-to-5 job after college. Only after several months with it, I felt bored and imprisoned.

I’m reminded of a client, Riza, 33, who had an experience similar to mine. She said that she developed depression and panic attacks because of her job.

Like most people, Riza and I experienced the “metro, boulot, dodo” syndrome.

In our sessions, Riza first blamed her parents. She grew up laboring under her parents’ insecurities and misapprehensions about money and their employment. She learned her “condition” from them.

Finally, she discovered a secret, which is refreshingly simple: whatever passion or idea you have, put it to work, out into the world, learn what works and what people want from you.

The last time she updated with me, she has now become her own boss, a successful entrepreneur, displaying her paintings in public exhibits and making lots of money online while traveling.

Riza started with leaves falling from the trees, in a French syndrome state. But now, after taking bold steps to fight for purpose and freedom, she has become who she really is.

Are you ready for freedom?

“I am no bird; and no net ensnares me: I am a free human being with an independent will,” as Charlotte Bronte put it in Janeeyre.