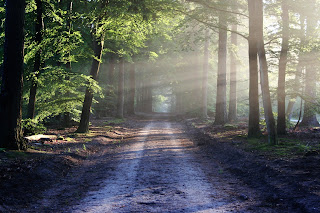 Martin feels trapped. For years, he feels “forced” by his parents into psych wards and brain drugs for his depression. In and out, he is getting too tired.

Expression is particularly difficult for Martin. During our sessions, his Mom in particular bears the brunt of his wrath. Yet at the same, he shows care for her.

In his mental attempt to escape his current situation - torn between love and hate - Martin shifted to ambivalence. An expression and attitude of indifference.

Because of this, the still capable part of Martin remains untapped. He resigns to his plight, feeling trapped by the very people he loves the most.

The last time I heard about him from his Mom, he was again taken inside a psych facility. He was found sitting in a corner of the airport, refusing to go home, that he had to be “forced” again.

Ambivalence, the sense of being trapped, is especially dangerous. It’s a common precipitate cause of lingering depression and mental disorders.

Getting aware of faulty mental values and taking self-responsibility are leads to remedy ambivalence. Ways to express one’s self out of the trap.