Religion can be a drug. An addiction. It has the power to make you lose touch with reality. Especially with false religion and leaders, your self can be damaged.

Of course, I’m speaking in ordinary sense when using the word “religion.” The world is full of religions. You can’t miss that.

But, there’s another sense I mean when referring to “religion.”

"What's your religion," a doctor asked a patient. "I have none," said the patient.

Later, the doctor told the interns he's supervising: "Find out your patients' religions even if they say they don't have any."

It's inaccurate to say that one doesn't possess religion.

Even if he doesn't consider himself religious by belief in God or church membership, he or she has one.

Everyone has a religion. It’s an explicit or implicit set of beliefs and ideas about the essential nature of life.

Religion of materialism or money.

Religion of education or intellectualism.

Religion of career or work.

See, everyone has a religion. A person's religion or worldview is at best incompletely unconscious. He or she is often unaware of how he or she views life.

In healing broken lives, a significant part of the cure is revising diseased religion or worldview. There's no other way. 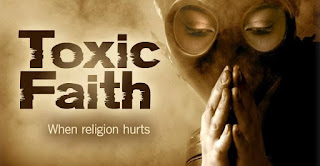