Being Is Bigger Than Doing

Once, in my younger years, I was a city and university chess champion. I fought and even beat masters. At the same time, the game served as therapy to me of some sort.

One principle that chess taught me is on “being” and “doing.” The king on the chess board symbolizes the nature and dynamic of this life principle. 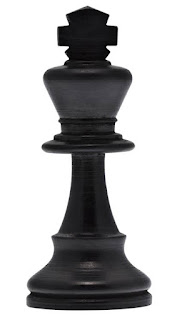 The King is the most important piece in chess. You checkmate it, the game is over.
Yet a mystery is its limited movements. It only moves one square at a time. And it can be vulnerable to attacks.

There seems to be a gap between the King’s ultimate value and its capacities on the chess board. Where then lies its power and value?

It lies in its BEING, not in its DOING. The KING expresses tha principle that BEING is primary while DOING is just secondary.

We live in a world where doing is paramount. The main focus is very much on performances  and productions that we ignore the very being of our lives, relationships, and world.

A client, Bons, once told me that he experiences happiness in gambling, drinking, womanizing, and making lots of money. He treats his marriage as secondary to all of these.

Whenever he saw me, his marriage was breaking down. A situation which is not surprising at all. Despite his professed love for his wife and family, he simply felt powerless to stop “doing” what he’s doing.

The mystery reveals itself in Bons life. It’s  the mystery of what happened to his “being.” Something in his BEING “holds” what he’s DOING. That something is a major key to his recovery and wholeness.

There is no doing without being. The being comes first before the doing.