Ordinarily, people get upset when faced with unpleasant or disturbing situations. It’s a common source for bad choices and moods in the game of life.

I remember playing as a varsity chess player representing my university in national competitions. There were times when I’d sink into negative thoughts, such as “My opponent is a master, I can’t win.”

In my mind, I played out a situation in which I miss good moves. But I was able to back up and imagine “I can do it. All it takes is calmness and focus. I’ll win.”

I noticed that when I practice and develop this habit in my mind, the idea becomes something I begin to accept as possible.

Such is a strategy of the so-called “rational-emotive imagery,” a mental game developed by Dr. Maxie Maultsky, a leading proponent of cognitive restructuring therapy.

My client, Ricardo, used this to prevent marital misery. One time, he asked his wife to have his car taken to the car wash for an important appointment the following day.

When he arrived home from office, the car was still not car washed. His wife didn’t do what he asked. It almost wrecked his evening!

But he thought rationally. He imagined himself feeling calm. Instead of wasting time placing blame, he told himself, “It’s not the end of the world. I’ll keep my wits about me and do what I can.”

In bed with his wife, he told her he’s upset in a respectful and “hearable” way. To which his wife responded with an apology and willingness to change.

The “rational-emotive imagery” is self talk that allows you to defeat negative emotions associated with disturbing or explosive situations.

It enables you to handle your self, relationships, and circumstances in rational, constructive, and healthy ways. 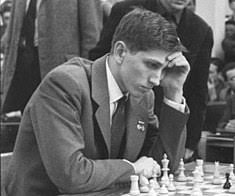