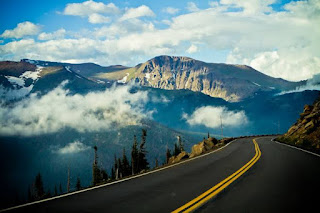 Melissa, a middle-aged wife, broods a lot about her celebrity CEO husband.

When he’s not able to pay attention to her, she overthinks. She feels she’s no longer his center. Thin-skinned.

She keeps asking,”Is he finding me unattractive? Mad at me? Did I say something wrong?”  Her gloomy thoughts made her unable to engage in normal daily activities.

The way Orlando’s son blamed him about his divorce from his Mom hurt him. In response, he lashed out at him with angry curses.

Orlando missed understanding his son’s emotional wounds. The son was expressing his feelings longing for his father’s attention and help.

But the father’s low road reaction alienated them from each other. It only added to the pain they already have - individually and relationally.

The “thick skin, high road” principle can be psychologically life-saving.

By “thick skin,” I mean you don’t take all things personally. You’re not the center of the universe. Life is not all about you.

All of us will experience being ignored, criticized, blamed, or rejected. Even by family, friends, or people who don’t like us.

To be “thick-skinned” requires at times reframing a person’s bad words or behavior. Remembering, not all is about you. So quit overly reacting to other people’s negativity and provocations.

By “high road,” on the other hand, you recognize when it’s time to step back instead of fighting for your side or argument. Fighting at times is not necessarily the right approach to win.

As The Muse in a Forbes article writes:

“In business and in life, you won’t always get the last word in. But, sometimes it’s best to take the high road and be professional, show that you’re a team player, or avoid a tense situation. In the end, knowing when to let go is just as important as knowing when to stand your ground.”