A Revolutionary in Therapy 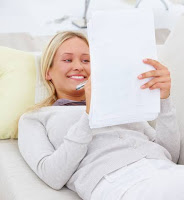 In the world of mental health professionals (MHP) - particularly in the field of psychology and psychiatry - there’s a kind of revolution.

A forerunner here is psychiatrist Dr. William Glasser, who pioneered Reality Therapy that questioned the premises of the field he’s in.

Dr. O. Hobart Mowrer, also a psychiatrist, writes a statement below in the Forward of Dr. Glasser’s book. Remember, this is a psychiatrist speaking who’s making quite a confession!

“For more than a decade now it has been evident that something is seriously amiss in contemporary psychiatry and clinical psychology. Under the sway of Freudian psychoanalysis, these disciplines have not validated themselves either diagnostically  or therapeutically. Their practitioners, as persons, have not manifested any exceptional grasp on the virtues and strengths they purportedly help others to acquire. And the impact of their philosophy of life and conception of man and society as a whole has been subtly subversive … laymen were the first to become vocal in their discontent, distrust, and cynicism … In the past, we psychiatrists have often spread the disease we were supposedly treating.”

From this base, we can notice some very fundamental human needs and truths being missed by traditional MHPs.

Yesterday, I was invited to a secularist conference of World Association for PsychoSocial Rehabilitation (WAPR) composed of top psychologists, psychiatrists, social workers, nurses, and other MHPs.

After 17 years of existing, WAPR still lack the “basic ingredient” to make it work! Not one representing the church sector in this untapped mission field!

But I was there, posing a challenge for them to integrate faith and mental health into the new Philippine Mental Health Law.

At the end, the president told me that it’s now going to organize a mental health forum exclusively for ministers and church workers. I said, “Great!” 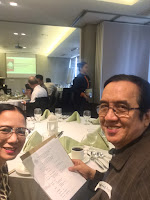