Mental health is like a change of name. A path to new life from the old that destroys one’s true identity.

Lately, there has been a call for a change of name of the Philippines to “Maharlika.” According to its proponents, there is something wrong with the name “Philippines.”

“King Philip 2nd of Spain, the person we have been named after, was a symbol of ignominy — son of first cousins, burned alive thousands of Muslims, beheaded thousands of Protestants in Europe, married his first cousin and nieces, was excommunicated by Pope Paul 4th in 1552 for looting Rome, died of a sexually transmitted disease (syphillis), and when he died his body was covered with pus from foul-smelling wounds festered by hundreds of insects.”

The country was named after a mentally and spiritually disordered Spanish man! 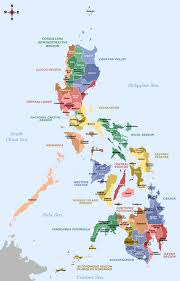 The proposed new name to replace “Philippines” is the name “Maharlika,” which means a variety of things: noble and great, love, God, highest heaven, a great soul.

The contrast of these two terms - “Maharlika” and “Philippines” - is indeed very significant. And it makes life new and well.

Psychotherapy is a conversation towards a new life. After carrying a “bad name” that afflicts one’s well being, one is called to a time of healing and redemption.

As poet Alexander Pope would admonish,

“Be not the first by whom the new are tried,
Not yet the last to lay the old aside.”

In Scriptures, the new life is pictured in this way:

“Therefore, if anyone is in Christ, he is a new creature. The old has passed away; behold, the new has come” (2 Corinthians 5:17).