“Psychosomatic:” Could You Be Imagining Your Sickness? 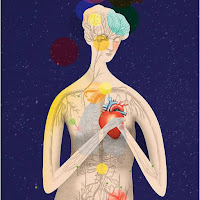 A psychologist reveals a striking fact in modern medicine. He tells us that modern medicine estimates  a very high 70 to 90% of all the sicknesses doctors treat are psychosomatic rather than physiological in origin.

The English word “psychosomatic” is a combination of two Greek words - “psuche” and “soma.” It describes a body (soma) and mind (psuche) link.

A body sickness is “psychosomatic” when it’s caused by maladjustment in the mental, emotional, and spiritual life of a person.

Psychosomatic sickness is real. It’s not merely imagined sickness. It stems from a soul malfunction - originating in the soul, not a bodily malfunction.

I remember one girl who came to see me with excruciating pains in her neck and chest. It’s intolerable pain that she couldn’t sleep and breathe.

In our sessions as she moved along, it became apparent that her problem was not physical, but mental. Especially so, after a medical check up that found no physiological cause for her pains.

She was blaming both her parents and God for her depressed state. Her loss of employment. Her self reproach. Her lack of confidence in living her life.

I processed with her to see that in her despair she’s blaming the very ones who were most concerned about her welfare. And, that this was making herself sicker in the process.

One time, after several meetings, I noticed a change about her before my eyes. She’s beginning to smile more often and see more clearly the reality she’s in.

The girl’s mental, emotional, and spiritual orientation gave her hope and energy. Her bodily malfunction started to subside faster as she became better in her soul. 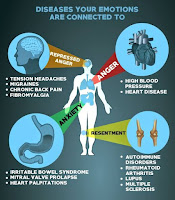