Why Freud is Wrong

Beware of psychoanalysis. It can worsen or compound your problem.
Sigmund Freud founded a flawed system called psychoanalysis.
His theory leads us to conclude that we can excuse any aberration or disorder by blaming others.
Parents. Early influences. School. Religion. And, all others!
This denies personal responsibility.
Freud's way is often looking back into the past and releasing the repression. It stops there.
The result is permissiveness, blaming, and compounding of the problem.
I remember clearly one situation in which a married man justified his adultery with another woman because of his wife's past infidelity. He blamed his wife for his guilt!
That's classic Freudian stance.
Freud's flaw - its a dead end street.
It leads to denial of personal responsibility, increase of the problem, and inability to move forward with a better conduct.

Don’t be fooled. This is fake therapy. 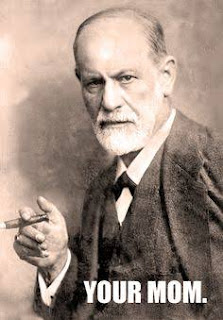