Psychotherapist Dr. Steven Farmer once spoke of a patient he called Frances. Frances talked about her  pattern in Dr. Farmer’s book, “Adult Children of Abusive Parents:”

“With every man I get involved with, I get out my microscope and look and look to find something wrong, some reason to reject him. Or I pick and pick until he gets angry, blows up, and ends in rejecting me. It’s like I can never leave it alone, I can never enjoy it or accept it.”

I can’t help but see some “similarity” of Frances to Rowena whom I saw for weeks in therapy. She too tended to re-enact negative scenes and mistreatments from childhood into adulthood.

Rowena admitted that she married her physically and emotionally abusive husband just to get away from her father, because he used to beat her up.

For both of these adult women, abuse appeared to be their only option for human contact as if abuse was a form of love.

They seemed to equate love and affection with abuse. It’s what’s familiar to them in close or intimate relationships. 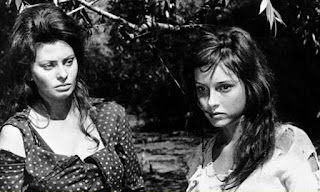 There’s quite a lot of unconscious acting out here. Most of the times, because of the emotional abuse and deprivation in childhood, people have an insatiable need for intimacy.

And one way it’s chosen to be resolved is to “bond with abuse.” Being dangerously unaware of this repetitive cycle, some maintain their childhood victimization into adult relationships.

Fortunately, trauma is treatable. Given a person’s commitment and right choices/actions to get better, trauma can be cured and transcended.