Dealing with a Sociopath

It’s difficult to have relationship with a sociopath. I’d be less than candid if I tell you it’s going to be easy.

A sociopath (translate: psychopath, in some circles) is extremely self-absorbed, volatile, and typically abusive.

The one strong emotion he experiences is rage, especially when thwarted.

Whether as a spouse, child, or friend, dealing with one is bound to be filled with deceit, emotional abuse, and drama.

Most of the times, as in my client Marissa’s case, a sociopath often attaches himself to you like a pest. He won’t make it easier for you.

The sociopath is known to use every trick in his repertoire to maintain his victims.

Marissa determined to get out of the madness. The financial, physical, and emotional abuses of her live-in partner.

She told him, “After a long time of multiple chances, you still abuse me and remain unremorseful. I’ve decided to end this relationship. This is not negotiable, don’t call, write, or come over again here.”

When she said it’s over, he swore she won’t abandon him and be able to get another man like him.

In session, Marissa dealt with moments of wavering due to her feelings. Putting her objective knowledge about her sociopath ex was a powerful reality check for her. 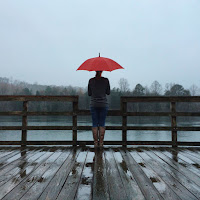 Proceed with caution if you’re in a relationship with a sociopath, especially the hard-core one.

This man is not a nice, normal human - he’s much more dangerously disturbed.

It’s no time to bury your head in the sand.