The Passing of the Night

Guilt and anxiety attacked him onboard. Inside him, Toto had to wrestle with a past that’s fractured and wounded by mental and emotional breakdowns.

He lived with painful memories, covered by the sands of time. An illicit extra marital relationship. Financial scandals. A terrible habit of addiction to drugs and alcohol.

Each passing night, he found himself feeling “sick” or nervous. He felt any of these details of his broken past will sink him or block him in anything he does. 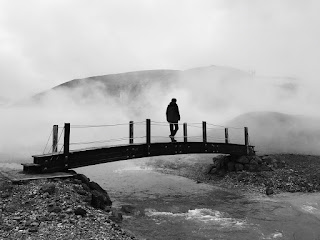 What is the secret of psychological, emotional, and spiritual recovery and stability ... in spite of one’s past?

I’ve found it remarkable what you can find in Scripture of individuals who had “broken wings” because of their past ... and yet God still blessed and used them.

• Abraham was a worshipper of idols, before God made him father of nations.
• Joseph was an ex-prisoner and yet became prime minister of Egypt.
• Moses murdered a man, but he later became one who successfully delivered his nation from the slavery of Pharaoh.
• Rahab was a prostitute in Jericho, later listed as among members of hall of faith in Hebrews.
• Eli and Samuel were inadequate, poor fathers to their sons, yet proved to be strong men of faith.
• Peter openly denied and cursed Christ, only to return as a primary pillar of the early church.
• Paul was a murderer of Christians, yet became Christ’s best defender and writer of majority of the New Testament.

Common among these biblical characters and countless examples in human history is aptly described by psychologist Dr. William James, who wrote:

“The greatest discovery of my generation is that human beings can alter their lives by altering their attitudes of mind.”

From this point onward, even if your past is full of shame, cracked or chipped, you can be whole again, clean and fitted to your best life.

It takes a renewal of the mind. That involves redemptive faith and action as well.