It’s Father’s Day yesterday. And countless fathers, like me, out there were in my thoughts. 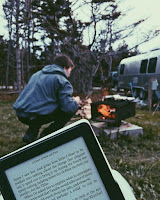 Most fathers don’t share about estrangement from their children.

It’s a relationship state caused by one or more factors, such as divorce poison, parental abuse, or separation brainwashing, among others.

“There’s nothing more I can do about it,” says a therapy client David, father of a 30 year old son and 28 year old daughter who have not spoken to him in years.

When David was younger, his own father was emotionally disconnected from him. So being a father who is around when his children were growing up was important to him.
He did all the things he thought was right. Hugged and chatted with them, graced school functions, worked to treat them, and spent time with them. He thought they had a good relationship.

“Yet here we are, and I can’t understand it completely, it’s not a fair exchange!” he says.

“I know my separation from their mother may be one factor. But I believe this isn’t largely because of me. I don’t have guilt, but I’m sad for us.”

“All anyone can do in the face of loss and change is to consciously adapt. You can alter your  perspective. You can come to see giving up more as giving in, and even giving honor to your adult child’s decision. Moving on doesn’t mean you turn a tit-for-tat cold shoulder that can never grow warm again. In giving in, you allow yourself to live. You’re not a quitter. You’re a starter—in a new phase of life.”


In the meantime, David hurts, so he takes care, prays and waits.

Secrets of Your Self: https://www.kobo.com/ph/en/ebook/secrets-of-your-self