Meaning of Words We Use 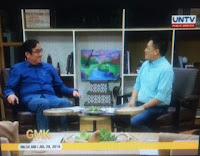 Words carry meanings. Meanings are important. Simply because that’s where we often get into tangles with each other.

Currently, in the headline news, there’s a legal battle on words and meanings I’m following between SEC and KAPA.

KAPA, which was registered with SEC as a religious group, uses the word “donation” for the money given to it by its members, which is in keeping with the nature of its organization.

After 3 years or more of its existence blessing millions with financial support through member “donation,” KAPA was charged by SEC of scam using the word “investment” to refer to KAPA’s “donation.”

That’s where the battle lies. In the words and meanings used.

In personal relationships, words are tools which people use to give and get information. It can turn complex.

Receiver and sender both need to be aware of their own respective interpretation systems. Otherwise, communication can easily break down.

Such communication breakdowns repeatedly show up in marital, family, or relationship therapy. Words and meanings get confused, leaving out whole connections in the messages.

“I want to leave, I don’t love you anymore,” said an alcoholic husband to his wife of 15 years. When the wife called me for a session, she’s saying that she’s too confused about what her husband means.

One reason was, his behavior mismatched the words and meanings he’d say to her. Her husband would still go home daily, have sex with, and communicate constantly with her.

Dysfunctional people usually send clouded, incomplete messages. They’re unclear about the words and meanings they use. They rely on the receiver to fill in.

For our mental health - individually and relationally - we’re all responsible to make the words and meanings we use reasonably and functionally clear.

Mutual clarification and qualification cuts down on unnecessary misunderstanding, dysfunction, and breakdown in our relationships.