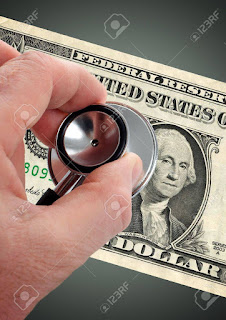 Philippine Star Columnist Alex Magno wrote of a story of a woman with chronic money disorder. She’s the daughter out of wedlock of a late prominent founder of one of the biggest banks in the country.

This daughter faced a long string of cases for her financial fraud.

In one case, she issued two bouncing checks to a jewelry firm amounting to over six million pesos. In two other cases, she annulled contracts and failed to pay credit card charges amounting to P3 million.

At the justice courts of Manila and Quezon City, she stands accused of and indicted for issuing multiple unfunded checks by the millions.

At a latest count, she faces 7 criminal cases for estafa and other money fraud-related offenses. She faces 2 other civil cases involving money claims.

Her thoughts and behaviors towards money are obviously “broken.”

Does she ever have an understanding of how self destructive her financial behaviors are?

Chronic, self sabotaging financial behaviors are not driven by information or logic. They don’t originate from our rational, thinking minds.

Research and clinical findings show that they actually stem from hidden psychological forces that lie well outside conscious awareness.

The roots of money disorder even run deep, deep into one’s past.

What attitudes and lessons about money do you think that woman learned while growing up?

You might suspect that she’d come to associate not having enough or more money with emotional abandonment. Or, she grew up unable to trust anyone on money issues.

And you’re right. No matter how much money she’d hold in her hands, she never really felt secure. She was always waiting for the other shoe to drop.

What is your money history?