You Live With The Result

A lot of times, those seeking help are stuck. They’re sick of the way they’ve been handling situations.

We all share a common, fractured human nature. Like you, I too have the same frail, fallible humanity.

In that context, we need “alternative” to the status quo. In Latin, status quo is “the mess we’re in.”

Therapy is freedom work. A search for that “alternative.” If you fail finding and applying it, you live with the result.

I worked once with a gay client who was very religious. He’s living in with another man.

At the same time, he had a secret sexual addiction, doing sex with strangers in public and private places.

When he contracted HIV, that’s when he sought help to stop his self destructive lifestyle.

It observes that a gay is not in doubt about his sexual preference, but "wishes it were different because of associated psychological and behavioural disorders."

The word in my client's sessions is “liberation” - gay liberation! Yet, he talked “liberation” but couldn’t get enough strength and will to choose to be truly liberated.

He continued in his ways until he became chronically ill and a dying patient in the hospital.

He lived with the result. He made a choice and his choice made him.

Healing, incidentally, is not just “doing as you please.” Rather it’s doing what Truth designs you to be. 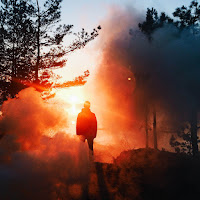 “If you continue in My Word, you are truly my disciples, you will know the truth and the truth will set you free” (John 8:31-32).