How Can I Forgive My Parents for Childhood Abuse?

People suffered from abuse. A most common kind is child abuse - physical, emotional, psychological, financial, or a combination. The abuse, usually by one or both parents.

In adulthood, the abused often carry lifelong psychological injuries and malfunctioning ... unless it gets effectively healed and resolved.

Forgiveness is a most powerful healing tool for those who suffered child abuse. It’s both biblically- based and clinically sound. Both Scripture and psychology affirm that.

The act of forgiveness therefore is very psychological and emotional. It’s also very spiritual as well.

But ... how can you forgive a parent for child abuse?

This is certainly one of the most frequent issues in psychotherapy and inner healing. In my work, this has been a part of the picture of almost every story I hear. 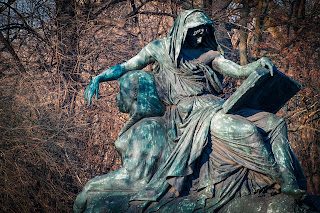 “How can I not strike back?” Orlando, 40, asked of me in one of our sessions.

He suffered many years of physical beatings and verbal/emotional abuse from his father since he was 7. At 15, his father abandoned him and his mother for another woman.

Recently, his father reappeared and made contact after decades of absence. He thought of murdering him. He felt miserable and confused, which led him to counseling.

I told him to forgive his father, and proceed with caution and healthy boundaries as he newly relates to him. He struggled with the forgiveness part.

Here are 3 things I suggested to Orlando on how to go about the forgiveness.

1.  Ponder and linger long and deep into God’s forgiveness of you.

2.   Trust God to bring the rightful way of justice for you and your injuries.

*  “Someone once said that unforgiveness was like a poison you drink while hoping
for someone else to die.” (Jennifer Heng)

Psychologist Dr. Carl Jung speaks of a personality that ends up “split.” Or, more fittingly, “unwhole.”  This “split” or “unwhole” in your personality happens especially when you’ve unforgiveness.