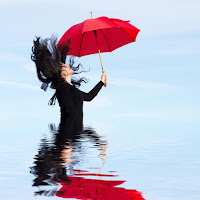 In a certain sense, all of us are born "narcissists." We each carry remnants of our infancy or childhood narcissism. Nothing is as real to us as we feel like the center of the world.

Our natural narcissism can become abnormal and unhealthy. Psychopathological. Psychiatrists call it NPD or narcissistic personality disorder based on DSM.

And this NPD happens when we fail to outgrow earlier narcissism ... when we we fail to move past our earliest developmental fears, disappointments, and limitations.

Iza's Mom always puts her down. Whatever she does, her Mom would always find a way to judge or criticise her, and make her feel bad and inferior. She describes her as "arrogant, controlling, and selfish."

Iza, so emotionally traumatized, finally said “Enough!” When she decided to leave home and be on her own, her Mom called her "engrata.” The thought of seeing her daughter leave made her deeply hurt and vulnerable. And all the more, verbally reactive to the hilt.

Unhealthy narcissists do respond in dysfunctional and extreme manner. When faced with hurts, losses, or disappointments, they feel threatened. They often take it too personally. They act larger than life, hiding their susceptibilities by dominating or controlling.

Such behaviors are all a sign that a person has experienced a lack of gratification of basic psychological needs, a loss of control, and difficulty coping with limitations. They’re too disturbing than what the person is able to be aware of.

Recognizing this, as well as “building one’s supplies within,” can help an unhealthy narcissist to step back, reevaluate behavior, and start healing.

“Children do not yet know that time heals. When children feel something, they believe it is forever.” — Rabbi David Wolpe