“So, should I have ‘conversion therapy’ then?” asked an in-session client who openly professed to be a practicing  gay.

In the course of his process of deeper self awareness, he had reached a point of entertaining that question or possibility in his life. 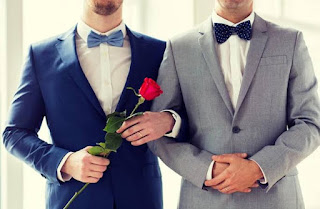 According to the Bible, it says, among various passages:

Lately, in the Philippines, reports in the news showed a rising movement for LGBT. A proposed law SOGIE bill was even given to the Senate and Congress in defense of social equality for homosexuals.

It’s a search for what’s right and wrong. A search for identity and happiness on the part of the LGBT group. But, what is it really?

A local female overseas foreign worker who recently broke up with her European girlfriend have had several broken same-sex relationships in the past.

“I’d get some pleasure in these relationships doc, but I realized they’d never made me happy,” she reminisced and self-reflected.


Whether psychiatric, psychological, or spiritual, homosexuality is not inescapable. There is a solution.