Quasimodo is the hunchback portrayed in “The Hunchback of Notre Dame,” written by famous French writer, Victor Hugo.

In one scene, Quasimodo met a beautiful woman named Esmeralda. A conversation between them unpacks for us a psychological lesson on the concept of self worth or self esteem. 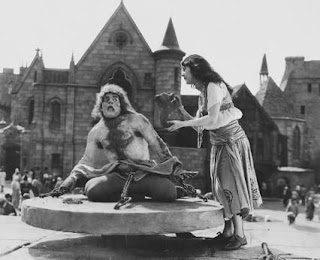 “Yes ... this is how I’m made. It’s horrible, isn’t it? And you’re so beautiful!” said Quasimodo to Esmeralda.

Obviously, Quasimodo is getting his self worth from his twisted physical appearance. From the way people see him in their jeerings and condemning laughs.

Yet, in the eyes of the author Victor Hugo, why and how did Quasimodo become a hero in his story?

It’s real - Quasimodo’s physical ugliness. But his total compassion - his inner character - made him a hero for Hugo ... and Esmeralda in the story.

We live in a world that bases a person’s value so much on physical appearance. Such cultural factor has been responsible for strangling the self esteem of women and men through the centuries.

So, the need for us to overcome this cultural “mental lie” is this: to learn that our “true self” goes on another deeper level of self awareness.

See that your true self is so much more than your physical state or body size. More than anything material actually, such as your money in the bank, possessions, accomplishments, or relationships.

Inwardly, in the territory of the heart, mind, and soul, there can be no disability despite what’s seen.